One of the best things about posting pictures of stuff you bake on social media is that on your birthday, people give you cookbooks!  I basically doubled my cookbook library last month (it was not large to begin with haha).  Anyway, one of the books was a cupcake specific cookbook.  It has lots of fun ideas in it and this chili chocolate concept seemed promising.

I don’t have the recipe on me right now, but basically it was a simple chocolate cake recipe with added chili powder and cayenne pepper.  Then the frosting recipe was a chocolate buttercream with cinnamon.  (I’ll try and update with full details when I get back home to the cookbook.) 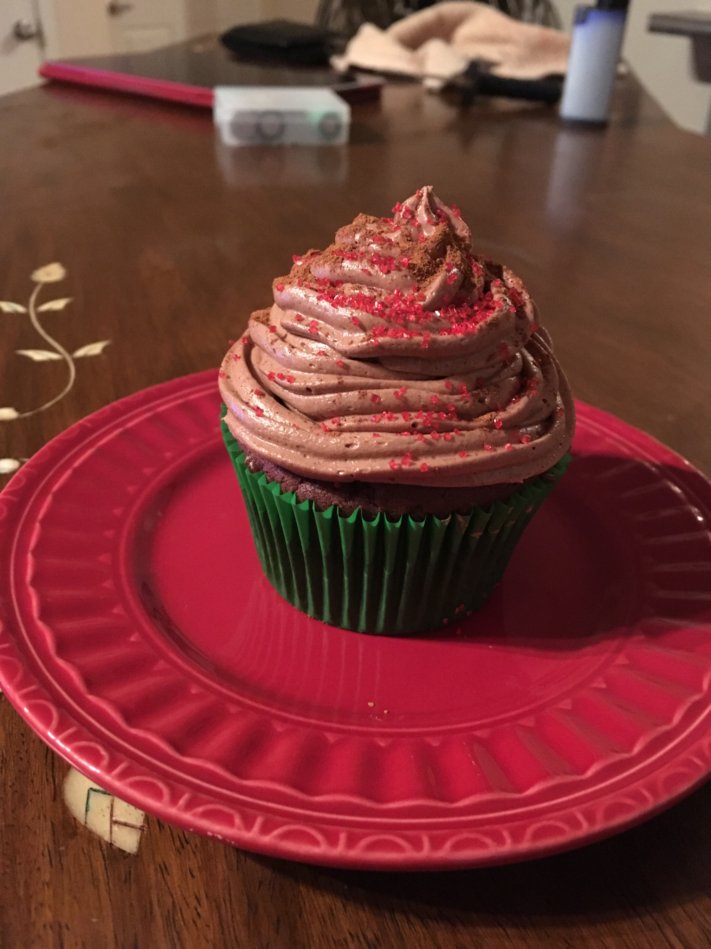